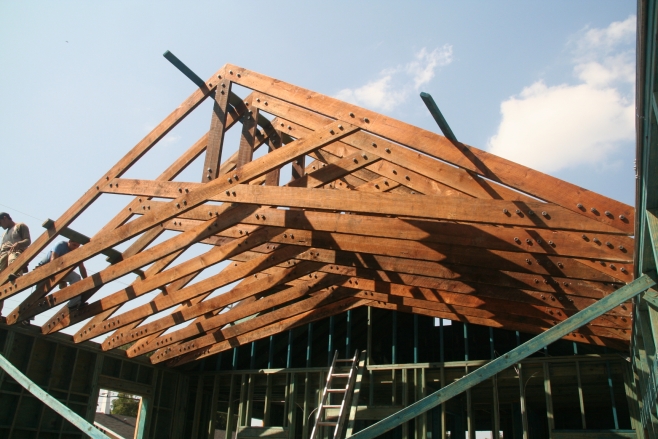 Located in the Lower 9th Ward in New Orleans, 5200 Dauphine was a storied, if not derelict, building post-Katrina. The 100-year old “camelback shotgun,” a two–story adaptation of the famous NOLA housing prototype, had acted first as a family residence and later as a neighborhood sandwich shop.  The Preservation Resource Center (PRC) originally purchased the property with restoration in mind. However, years of neglect compounded by the floodwaters following Katrina left the bones of the building unsalvageable.

For a nonprofit whose mission is to rebuild historic buildings in blighted areas, the idea of razing the structure to build anew was unsettling. Architect Wayne Troyer of studio WTAoffered an alternative: preservation through deconstruction. By carefully dismantling the building, the project team could preserve and catalogue high quality materials that reduced project costs and spoke of the narrative of the place. Through this effort, nearly 60% of the original building was salvaged. READ MORE >>