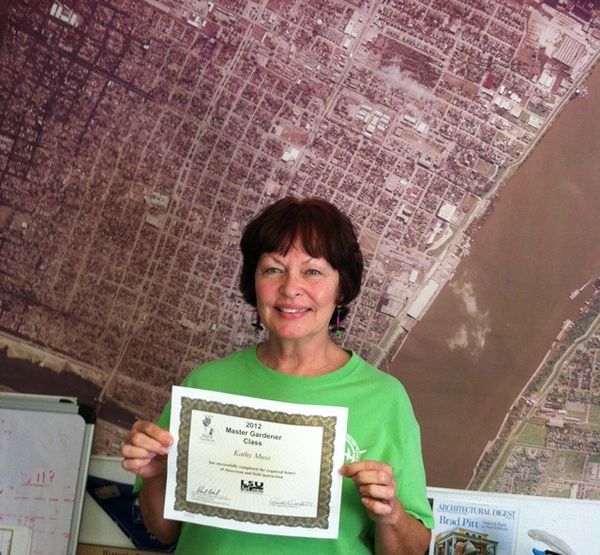 New book, "We Shall Not Be Moved" to be released soon - stories of NOLA's still recovering neighborhoods 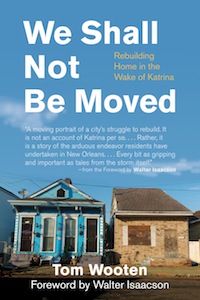 Terrific new book will be coming out soon, We Shall Not Be Moved: Rebuilding Home in the Wake of Katrina by author Tom Wooten. Tells the stories of five New Orleans neighborhoods – Broadmoor, Hollygrove, Lakeview, the Lower Ninth Ward, and Village de l’Est – and features CSED's own Pam Dashiell!

You can pre-order We Shall Not be Moved, which will be released August 7, 2012, here.

"Many who lived in the Lower Ninth Ward described it to outsiders as being “like the country.” This assertion would strike an Iowa farmer as laughable, but in New Orleans, the distinction made sense. Though the Lower Ninth was as densely populated as any other part of New Orleans, it lay downriver of the rest of the city, cut off by a waterway known officially as the Inter-Harbor Navigational Canal and informally as the Industrial Canal. It was a world unto itself. Few in the rest of New Orleans crossed into the Lower Ninth Ward with any regularity, and many Lower Ninth residents returned the favor, eating, sleeping, working, and attending school on their side of the canal.

Pam Dashiell, who moved to the Lower Ninth Ward in the 1980s, loved the way the neighborhood felt self-contained; it retained and attracted particular kinds of people, who were “drawn by the way this place is.” The people, in turn, made the place. Ms. Leblanc, an elderly lady who had lived in her house on Tennessee Street for nearly forty years, sat on her porch every morning, telling her neighbors about the newspaper stories she was reading. Steve, a janitor who had grown up in the neighborhood, recounted childhood memories of catching snakes and fishing in the bayou down the street from his house. Ms. Johnson, who lived with her grandchildren in an airy clapboard house on Jourdan Avenue, raised chickens. She was not alone; roosters throughout the Lower Ninth began to crow every morning shortly before dawn." READ MORE >>