Founded in December 2006, the Lower 9th Ward Center for Sustainable Engagement and Development (CSED) is a 501(c)3 grassroots organization devoted to restoring New Orleans' Lower Ninth Ward as a safe, environmentally just and economically vibrant community – and one of the first to become carbon-neutral in North America. 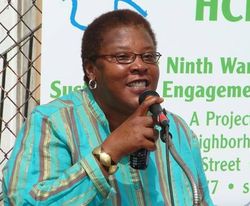 Born in the aftermath of catastrophic flooding in the Lower Ninth Ward caused by the failure of the federal levee system following Hurricanes Katrina and Rita, CSED provides community-based support to residents of the Lower Ninth Ward – from “River to Bayou” – in all aspects of sustainability for area neighborhoods as part of long-term recovery and rebuilding efforts. Our mission: to stimulate civic engagement, repopulate, sustain natural systems, assist community leadership and preserve resources in the Lower 9th Ward neighborhoods. Our goal: the re-creation and repopulation of a strong community, mindful of its resources and vulnerabilities, with an engaged citizenry that is active, resilient, prosperous, energy independent and beautiful as possible.

In addition, we continue to maintain a strong presence in all development initiatives for the Lower 9. CSED remains dedicated to supporting the construction of the Alfred Lawless School system that was lost during the flood due to the failure of the federal levee system, the development of economic opportunities along the commercial corridors of the L9, as well as the on-going effort to bring a grocery store to the community through the Fresh Food Initiative (CSED administers a $25K Chase Design Competition award to support the grocery store development). CSED also hired a local resident to support mental health outreach efforts for people still affected by Hurricane Katrina as well as the new disaster from the BP Oil Spill.

CSED also continues to work with multiple state and local partners on:

These and a growing number of new initiatives are led by CSED’s talented Executive Director, Tracy Nelson, a resident of the Lower Ninth Ward. 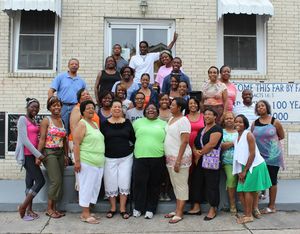 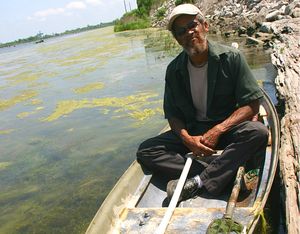