Earlier this week at the City Planning Commission, 18 Lower 9th Ward residents spoke out against land-use changes along the Mississippi River as proposed by the Port of New Orleans.

After comments from Lower 9 representatives, commissioners changed the Port of New Orleans and Planning Commission Staff proposal to address the concerns of the neighborhood:

Community members were also able to convince the Planning Commission to deny another proposal by the Port of New Orleans to change a 200-acre area from natural to marine industrial use along Paris Road south of the Gulf Inner Coastal Waterway.

Great video we just discovered from Nourishing the Planet that discusses how small plot intensive farming can outperform the use of chemical fertilizers in boosting food production and may offer a sustainable solution to many of problems in the U.S. food system. CSED is beginning to apply these same principles to small lots throughout the Lower Ninth Ward. More news on this to come!

Powerful new piece on the New Orleans levee failures from the Center for American Progress: 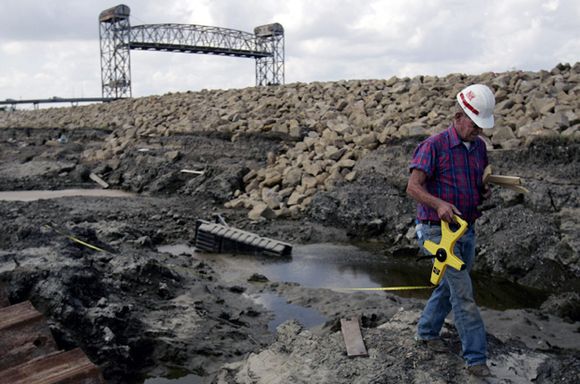 Wesley Pritchard walks beside the rebuilt levee along the Industrial Canal in the lower Ninth Ward of New Orleans, Saturday, October 1, 2005. The levee was breached after both Hurricanes Katrina and Rita flooded the adjacent neighborhood.

Seven years ago, Hurricane Katrina pushed ashore in Louisiana, devastating the city of New Orleans and crippling an entire region. Massive storm surges overtook the city’s levees and washed away entire neighborhoods, leaving more than 1,800 dead and displacing more than 1 million more. The sum of property damages alone was more than $200 billion, with the overall damage to the regional economy totaling billions more. Making Katrina all the more tragic was the disaster’s preventability—if only those responsible for the region’s storm defenses and levees had taken action in the decades leading up to August 29, 2005.

The costs of this failure to act continue to mount. Since Katrina, repairing and upgrading the levee and flood-protection systems around New Orleans has cost the federal government $14 billion, and expenditures by the Federal Emergency Management Agency for displaced residents have run upwards of $30 billion.

But for those familiar with the condition of America’s water infrastructure, Hurricane Katrina was just the most devastating example of the kinds of failures that are now neither rare nor unexpected. Every year flooding alone kills an average of 94 people and causes roughly $7.2 billion in damages nationwide, and these figures exclude the devastation inflicted by storm surges similar to those that overtook New Orleans in 2005. Over the past century we have increasingly relied on manmade structures such as dams and levees to protect us from natural disasters, and since the early 1900s we have built these structures by the thousands in almost every state.

There are currently more than 84,000 dams and approximately 100,000 total miles of levees in the United States. In addition to helping prevent floods and enabling the movement of freight up and down inland waterways, these structures are also relied upon to provide water for drinking and irrigation, to generate electricity, to help combat forest fires, and to provide recreational opportunities. They are critical components of our national economy and improve our quality of life in underappreciated ways every day. READ THE FULL ARTICLE>> 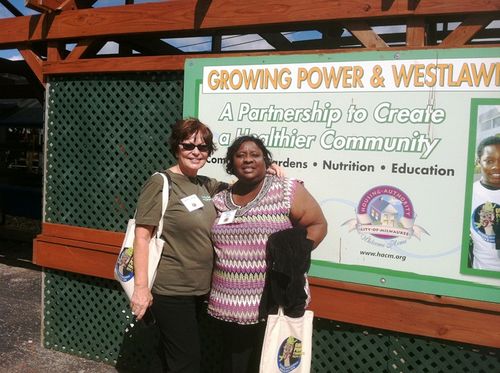 Warrenetta, Vincent & I have just returned from the 2012 Growing Power Conference in Milwaukee, Wisconsin thanks to two scholarships provided by Will Allen, founder of Growing Power, and to Nat Turner, founder of Our School at Blair Grocery, who extended them to the CSED.  Thank you so much for your generosity and the opportunity to attend such an informative, inspirational and motivating gathering. 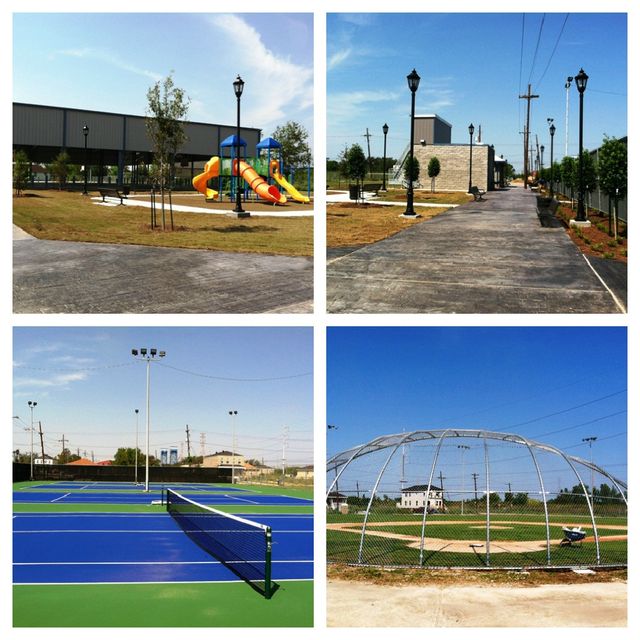 How to Rebuild a Shotgun: Rebuilding Together in Holy Cross (VIDEO)

Excellent video via NBC News' "Paying It Forward" initiative - and featuring the work of Rebuilding Together New Orleans in the Holy Cross Neighborhood.

Visit NBCNews.com for breaking news, world news, and news about the economy