On A Clear Lot, You Can See Limitless Possibilities 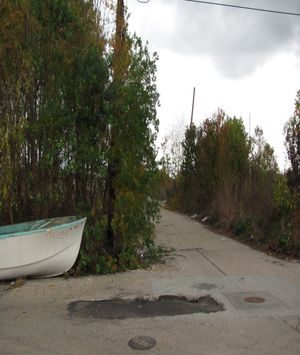 A recent initiative of the City of New Orleans to address blight in the Lower 9th Ward and create jobs is showing great promise in combating one of the more aggravating problems we face in our neighborhood – severely overgrown vacant lots and the debris that they attract.  The Lot Maintenance Pilot Program has cut over 700 lots in the Lower 9 since it began in October – more than 10% of all property in the neighborhood.  In one week in December, 100 lots were cut in the Lower 9.  Compare this to the 15 lots that were cut in the city as a whole through the INAP program in the first two weeks of December!

In addition, of the twelve people hired to implement the program, half are exoffenders and more than half are residents of the lower 9.  Representatives of the city met with representatives of Lower 9 neighborhood organizations to identify priority areas for attention.  Some of the areas targeted to address safety and health concerns are major corridors, areas where children and seniors congregate and catch the bus, and areas that obstruct the vision of drivers.

If you drive through areas in the neighborhood where these lots are, the difference is quite striking.  At the last BlightSTAT meeting, it was reported that the city’s remaining funds for the project would enable it to cut another 200-300 lots.  Liens are not attached to the 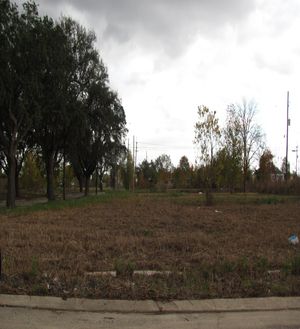 property for this service.  So if you live next to a severely overgrown lot or are aware of a particular lot that creates a problem for the neighborhood, call the CSED, 324-9955. We will try to get it added to the priority list for cutting. This is one program that we should encourage the City to continue!

Download Lotclearingmap Here is a map of some of the lots that have been cut.  You can click on the link to go directly to the city’s website where this and other useful data on sheriff sales and code lien enforcement is located.

Listed below are links to weblogs that reference On A Clear Lot, You Can See Limitless Possibilities: